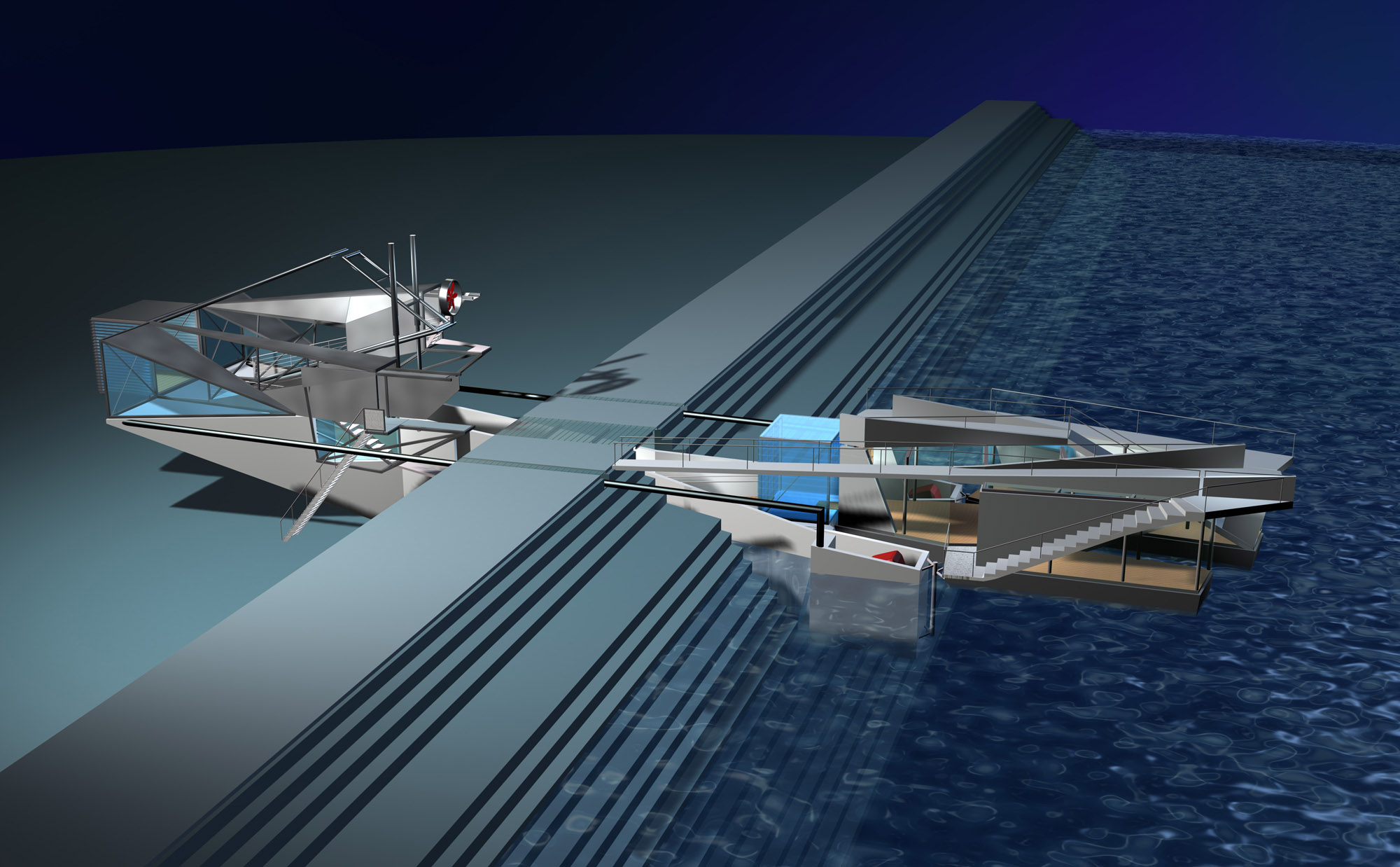 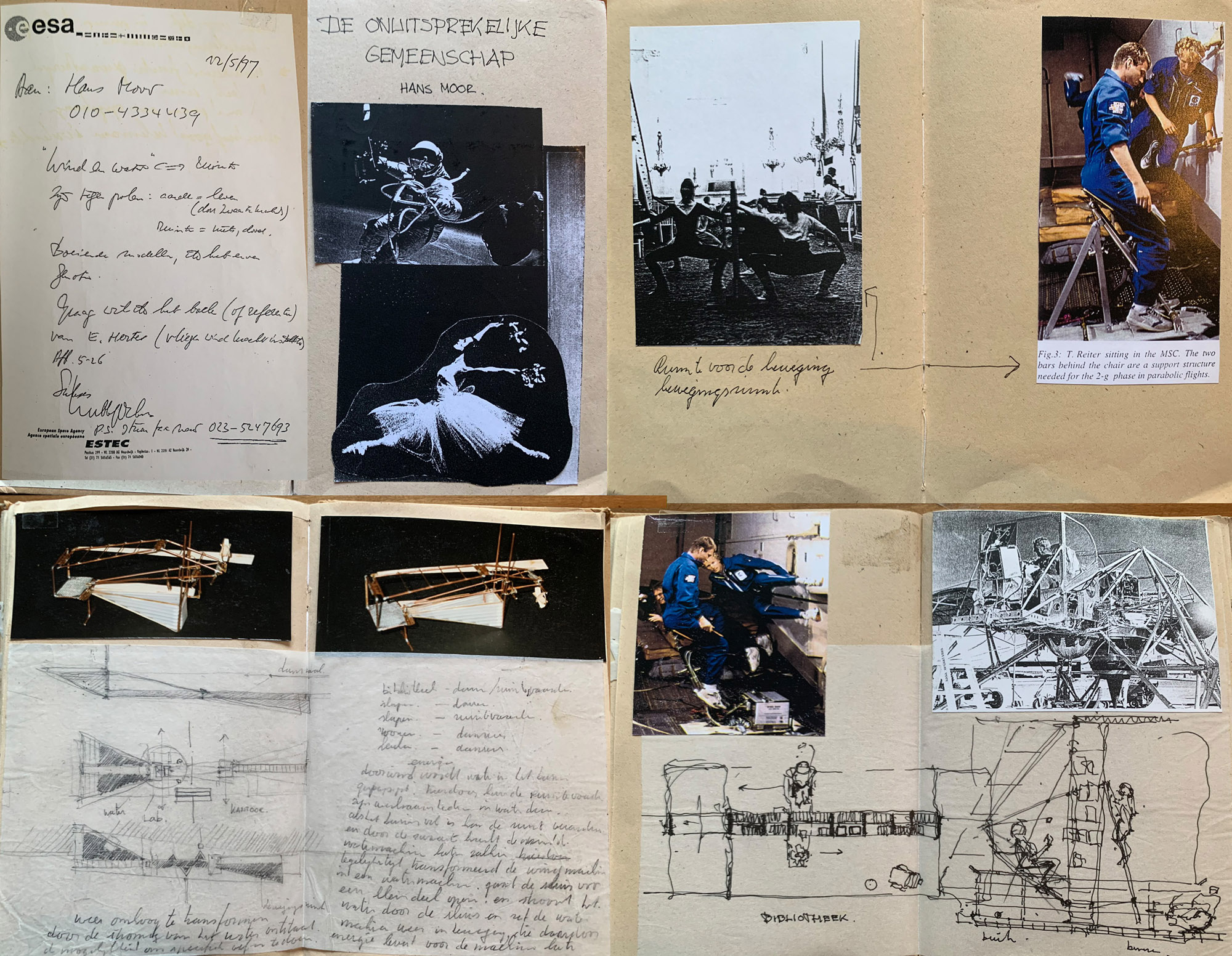 The architectonic design result is a ‘twin-house' for a dancer and an astronaut. The design forms an answer to the question whether there will still be an opportunity for a space that offers the possibility for a communal experience. At first sight the motivations of the dancer and the astronaut are completely opposite. But there are similarities as well. The astronaut is the resident that portrays technology. He reached weightlessness by moving as little as possible. The dancer, on the other hand, reaches apparent weightlessness by moving a lot.

The design consists of two dwellings, that at first seem autonomously shaped, each with their own programme, established through consultation with an astronaut and a dancer. Nevertheless they derive their right to existence from their mutual involvement, which can not be taken for granted and which is never permanent, and in that sense remains unspeakable. The connection between both dwellings 'which allows the astronaut to learn to dance' is not a given, not a permanent situation, but is constantly shaped and only exists as tension and as dynamic. There is no status quo; there is an ever changing intensity, a polarity. The design derives its strength from the fact that literary metaphors (wind and water) are not immediately translated in the shape, but becomes part of the design by way of the link of technology. The location on both sides of the dike is fortunate - a dike, as well as the design, facilitates the seeping through (of water), and establishes communication as well as seclusion.

The unavowable community is a shelter by the grace of wind and water, the elementary powers that aren't excluded because of architecture, but embraced. It shows ‘free' energy in the form of wind and running water. They deliver energy to move the house. The ‘free' energy is the condition under which an unavowable community can be established. The ‘free' energy brings rhythm and change, such as ebb and flow as a result of gravity. ‘Free' energy changes the house, but it also changes the way in which we deal with energy. Sun, wind and water are technologies in the design.

The design maintains the tension between inside and out, with borders that are not permanent, since the shape escapes in the counter shape. The design doesn't really wish to affirm itself; it doesn't want to draw attention to itself, but to the unexpressible of space. In that sense a design should be found, not searched.